the driveway was in really bad shape. construction has meant an increase in traffic on Homer Lane, and sometimes that includes large, heavy trucks and tractor-trailers. the ruts got so deep that people were afraid they would never get out again. the plumber actually called last week and asked us to do something about it.

the excavator came a few days ago and bulldozed the top layer of dirt to get rid of the ruts. he also opened up a few of the ditches along the drive. over by the other house and garage they added a drain pipe and ditch. then he brought in new gravel. except that gravel doesn't really describe it. it's really large, sharp, chunky rocks. this should be a good road base that will last. we are waiting until we do the grading around the house before we have him bring it all the way to the new garage. 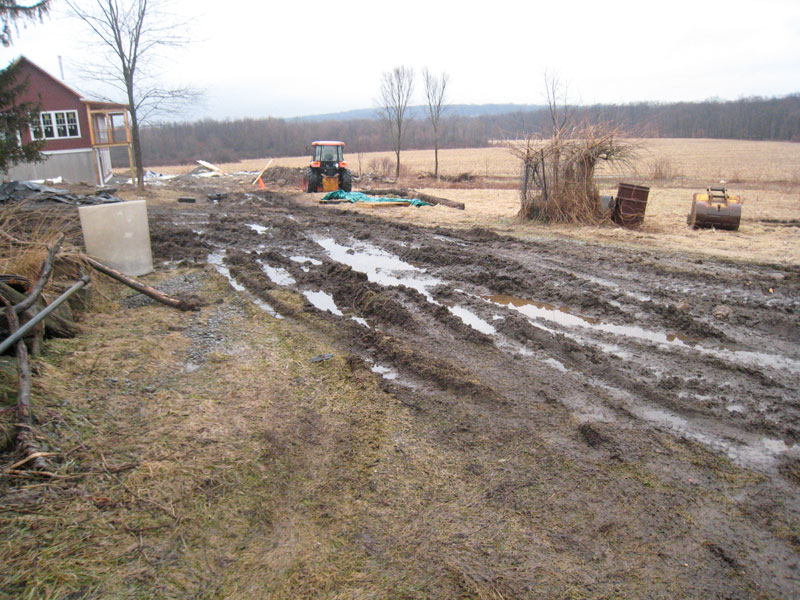 an example of the mud. you should have seen the place with deep ruts! 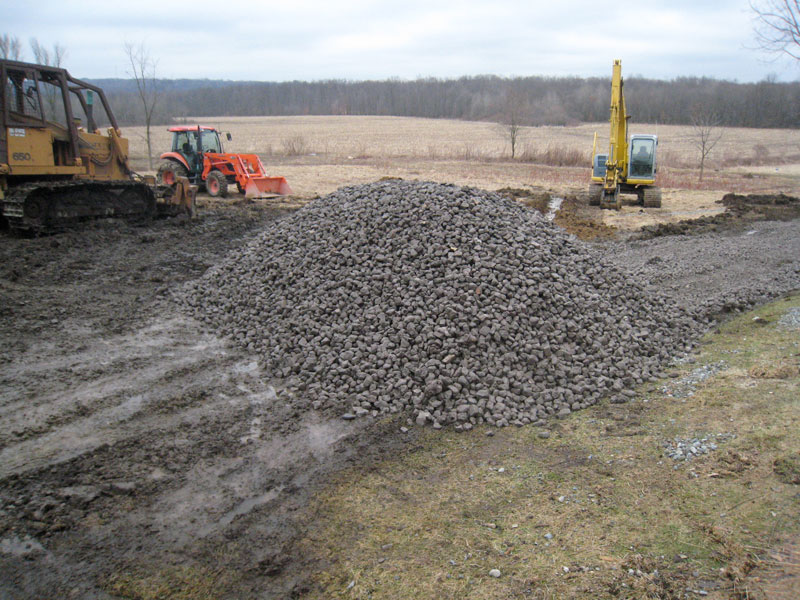 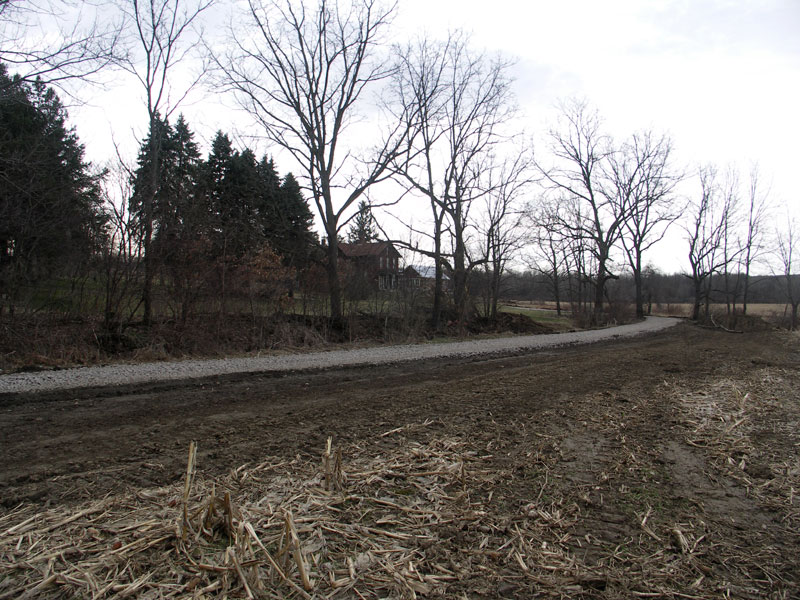 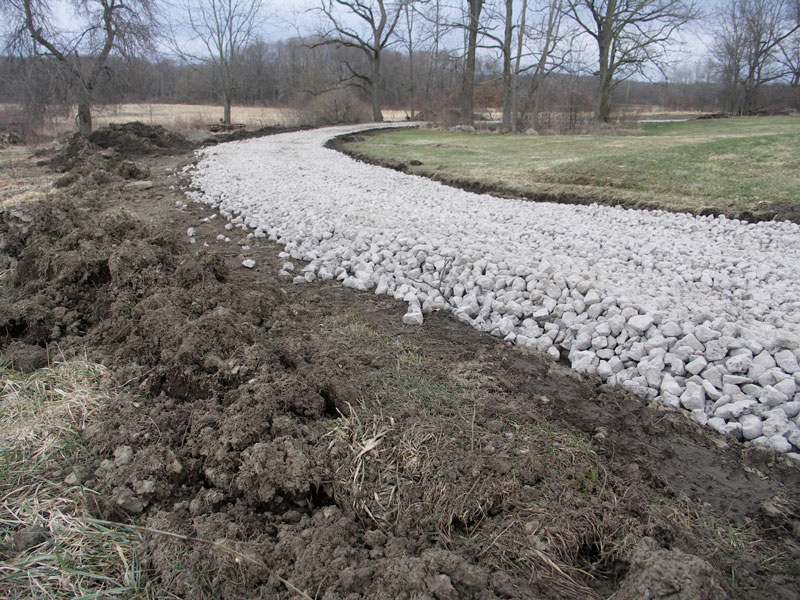 here you can see how large the stones are 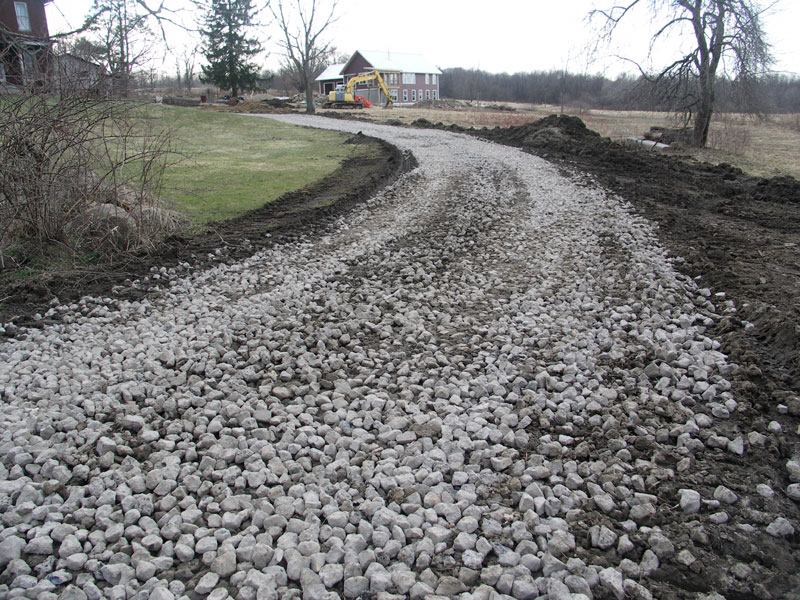